Family through and through.

Sage Hayward Vineyards is a family-owned winery.  Our partnership is made up of two brothers and the brother’s wives – a unique dynamic combining four different points of view with a fierce sense of loyalty.  This translates into quality in everything we do. 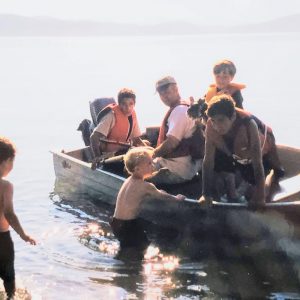 The Hayward family has been rooted on Saturna Island for over 30 years.  Gord and Bettianne Hayward first came here in 1989 to build a retreat for their family, which at that time was spread between BC, Alberta and points east as far as Baltimore.  Saturna became a focal point for their five kids, assorted spouses, numerous friends and a whole gaggle of grandchildren who gathered here every year for summer holidays, seasonal festivities and family celebrations. 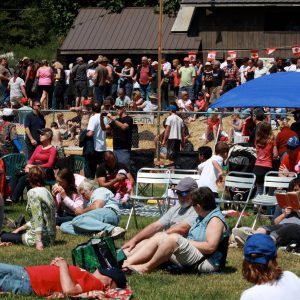 A favourite spot to kick back and relax was always the vineyard – we went there to celebrate big occasions like Bettianne’s 75th birthday, and small non-occasions like my favourite: just another day in paradise.  The vineyard took on a new layer of meaning when Geoff, one of the Hayward brothers, moved to Saturna in 2019: diagnosed with ALS, he chose to spend his final months on the island.  Each day he made a round of all his favourite places, and always lingered over the vines and the view beyond them down to the sea.  Lake Geoffrey, which lies at the foot of Falcon Ridge vineyard, is named for him.  He and his father Gord are both buried in Saturna’s cemetery. 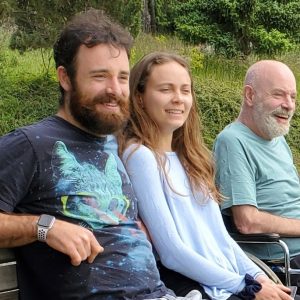 When we took over the vineyard in August 2020 there was a great deal to do. The four partners all busied themselves, partly just jumping in with immediate concerns but also devoting time to long-range planning.  Most of our effort was spent in the fields learning how to tend and nurture the vines.  Beyond that, Doug and Ian gravitated towards the tractors, forklift, flail mower (and first aid kit); Wendy and Anne got busy with organization and communications (not so much the first aid kit). 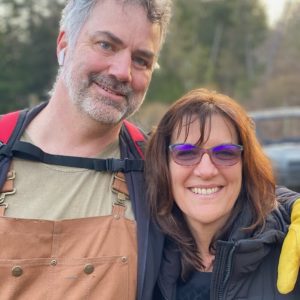 There was a huge amount to keep us busy but that’s only part of the story.  The vineyard also became a focus for extended family who brought plenty of creative energy to bear on our bottomless task list.  Not just at harvest time, when it’s all hands on deck until the job’s done: we’re talking extended projects undertaken by people already busy with their own careers and commitments who were eager to share our vision.  Christianne, eldest of the five siblings, gave her artist’s vision and gardener’s green thumbs to completely revitalizing the Bistro gardens: she researched deer-resistant plants and chose a stunning assortment of colourful flowers including 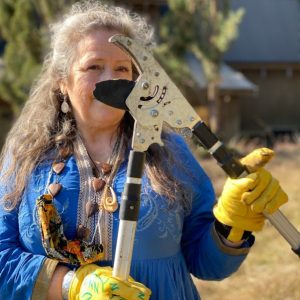 foxglove, salvia, yarrow, and dozens of others.  Her son Jamil figured out an irrigation system that waters the plants but also squirts a powerful, targeted stream of water when a motion sensor is activated by marauding nocturnal deer: two birds, one stone.  Her other son Karim offered his construction skills and experience on a wide range of projects from tent platforms to accessibility ramps.  Geoff’s son Ben unleashed his boundless imagination on design projects like innovative staff accommodation and elegant signage.  Doug and Anne’s son Stan, Saturna’s resident mechanic, helped out with equipment maintenance and flat tires while their daughter, Katie, worked magic in the Bistro kitchen.  Ian and Wendy’s sons Blake and Koshi, both students, proved themselves in the fields whenever they had breaks from university.

As one of our island friends said, “Love the idea of your extended family business that is so connected to Saturna.”

Closed for the season, stay posted with our social media platforms for special events!